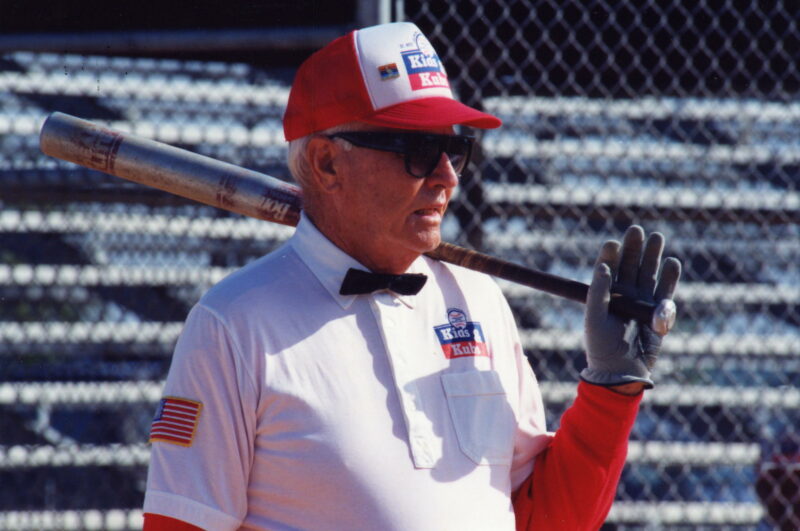 Paul Good was born on February 25, 1910, in Grandview, TN, and when he was only two years old, his family moved to a remote ranch near the small town of Fondis, CO. There he was brought up in a very active life, and they spent summers on the ranch until 1924. Beginning in 1919 the winters were spent in New Port Richie, FL, and Paul graduated from Gulf High School there. From his early years he was a superb athlete, and after his school years he joined an industry-sponsored semi-pro basketball team long before there was an NBA. In 1931 he led his team to the league championship.

In the meantime he took a job in the office of Western Union in Colorado Springs as an operator and spent 10 years with that firm, becoming the best telegrapher they ever had. In 1940 he was induced to join Merrill-Lynch as an operator, but soon became an account executive dealing in investments for many clients. After 35 years with three well-known firms he retired from the financial world in 1974.

Free from the business routine, he began playing softball with the Bartlett Park League and soon joined the Kids and Kubs. Since then he made many contributions to the club and beginning in 1975 served as president for 13 years. He secured national financing and television commercials featuring the Kids and Kubs, and he led the team to the national championship in 2002. His teams toured the U. S. for tournaments and won their share of games. They have been featured in Pennsylvania, California, Illinois and Texas.

This is a picture of Paul at about age 87. Still very strong indeed! He and the club celebrated his 98th birthday in March 2008. He enjoyed the special meeting with coffee and cake at the Senior Center where the Kids and Kubs office is located. Paul Good died on November 16, 2008.

After retiring as an active player he was the major sponsor of the annual Golden Seniors tournament in St. Petersburg, FL. He represented the Kids and Kubs at the St. Petersburg City Council meeting celebrating the 75th anniversary of the club in 2005, and in 2008 welcomed the teams at the City Hall Stars versus Kids and Kubs All-Star game. Paul’s long experience and broad vision enabled him to continue to promote senior softball both locally and nationally. He was an inspiration to all who participated in the sport.

He was enshrined in the National Senior Softball Hall of Fame in 2002.